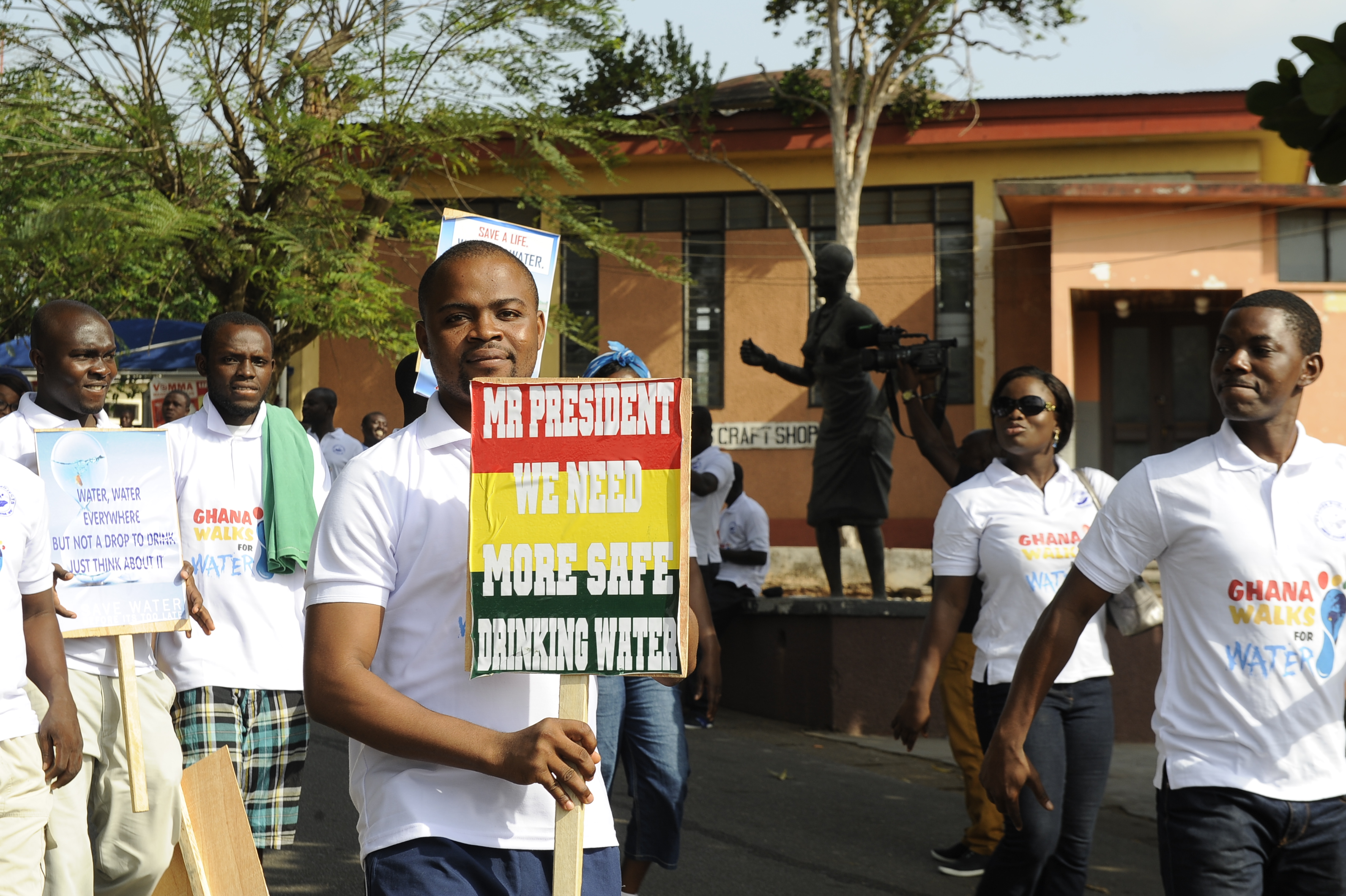 Human rights guarantee people’s access to safe water and sanitation. States are primarily responsible for realising people’s human rights. However state-contracted third parties (i.e. private companies or NGOs) are also obliged to realise these rights. As rights-holders, people have the power to challenge the denial of their human rights to safe water and sanitation. We have the legal framework – we are just not using it

Advocating and campaigning within the human rights framework is a guarantee that our work is guided by the principles of equality and non-discrimination. Whatever your nationality, wherever you live – whether in prison or on the streets - safe water and sanitation are your human rights.

How is EWP contributing?

End Water Poverty’s #ClaimYourWaterRights campaign will mobilise its members to take on governments and state-contracted third parties who deny people’s human rights to safe water and sanitation. To achieve this, we are engaging service providers and oversight bodies such as regulators, national human rights commissions, parliament and courts.

The campaign will also engage the UN Special Rapporteur on Human Rights to Safe Drinking Water and Sanitation as well as support our coalition members in campaigning for human rights to be incorporated in national constitutions, laws and policies.

Our campaign is guided by the human rights obligations of the state to respect, protect and fulfil people’s human rights:

On 28 July 2010, the United Nations recognised safe water and sanitation as human rights. In 2015, 193  countries strengthened their commitment to realising universal access to safe water and sanitation by 2030 when they adopted the  UN Sustainable Development Goals (SDGs). Many countries have incorporated international human rights into national policies, laws and constitutions. These rights have also been enshrined in the following regional institutions:

The human rights to safe water and sanitation has its foundation in the 1966 International Covenant on Economic, Social and Cultural Rights, which recognises “the right of everyone to an adequate standard of living for himself and his family.” States have also signed covenants that explicitly recognise the obligation of governments to provide water and sanitation:

These treaties, conventions and covenants are only legally binding in countries that have signed and ratified them in parliament. The states are expected to translate international law into national laws and policies to facilitate implementation. A number of countries (Nigeria, Nepal, Zambia, Ghana, South Africa, India, Mexico, Costa Rica, Burkina Faso, Uganda, Kenya etc.) in which EWP members work have ratified these laws and have corresponding national laws and policies in place. However, some countries are yet to do so.

To improve universal understanding and monitoring of national commitments the UN publishes recommendations, guidelines, comments, resolutions and special reports. These are known as soft law. The most recent resolution on the human rights to water, passed by the UN General Assembly in November 2019, furthers recognises the need for states to:

5(d) “ensure access to […] hygiene for all women and girls, as well as for menstrual hygiene management, including for hygiene facilities and services in public and private spaces”

5(j) “protect women and girls from being physically threatened or assaulted, including from sexual violence, while collecting household water and when accessing sanitation facilities outside their home or practising open defecation and urination”

5(k) “To progressively eliminate open defecation by adopting policies to increase access to sanitation, including for individuals who are vulnerable or marginalized”

National governments are expected to report their progress on realising people’s rights to the UN Human Rights Council in a four-year cycle known as the Universal Periodic Review. These reports are complemented by the annual progress report on the Sustainable Development Goals known as Voluntary National Reviews, which are conducted at the UN High Level Political Forum. These monitoring mechanisms are an important vehicle for civil society to hold national governments accountable for delivering safe water and sanitation services to people who are marginalised or discriminated against.

Key resources on the human rights to water and sanitation

To find out more about our work on the human rights to water and sanitation services, see the latest news and blogs.

Leave No One Behind? Over Two Billion People Lack Access to Safely Managed Water

EWP brings together civil society experts from around the world!